"The Play's the Thing"

Last year at a parent meeting Dr. Russell announced that the play would be Hamlet.  Groan.  The longest, hardest play? Really? I told the kids, and Blaise said, "I feel sorry for the poor schmuck who has to play Hamlet!"  Guess what Bud.

I hardly know how to write about it without sounding like an obnoxious stage mom. We knew Blaise was a good actor... another day, another Shakespeare role... He was outstanding!  The 17 year old WAS Hamlet.  He played it brilliantly.  A triumph in his senior year.  We are so proud of him.

As usual, lots of video not many pictures.  Hopefully more photos will surface.  Regina had several minor roles, including lines, and did a fantastic job.  Dominic was an extra in nearly every scene.  His one line, "murder!' was beautifully executed.  Pardon the pun. 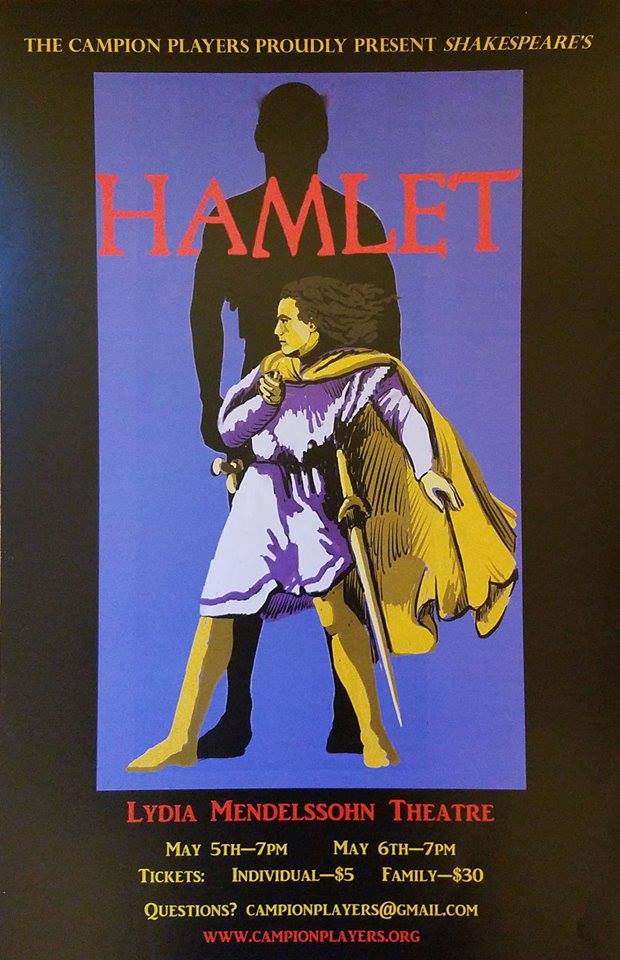 Our theater was beautifully suited to Shakespeare, such a treat to perform there! 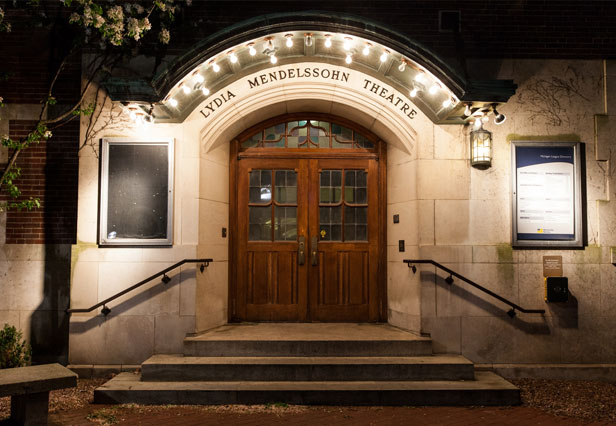 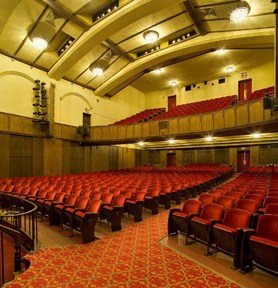 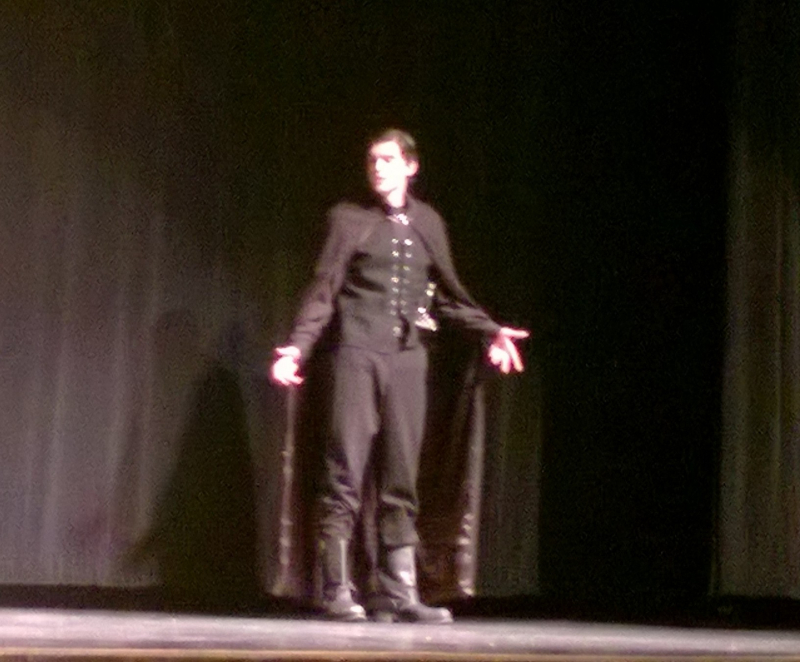 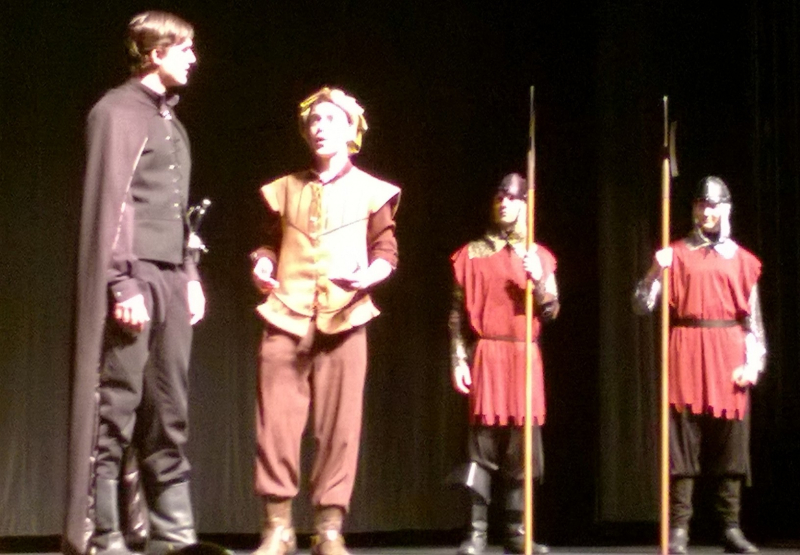 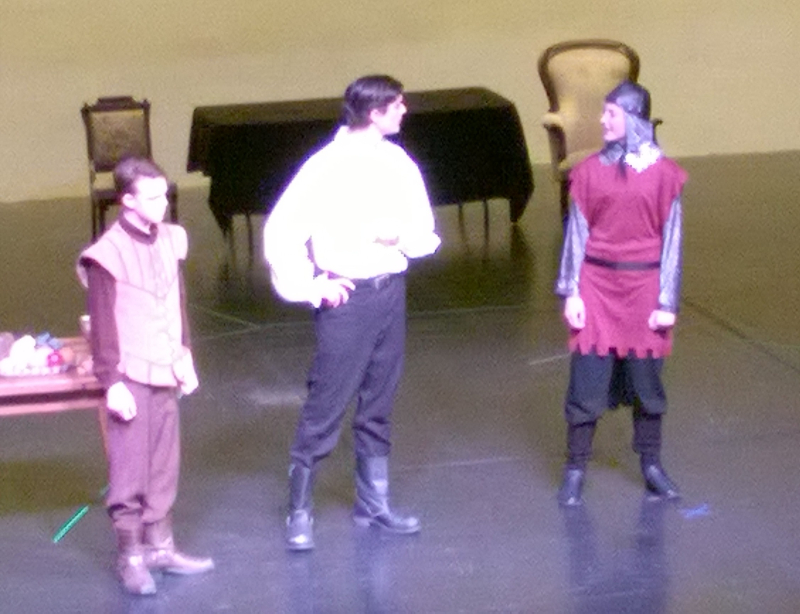 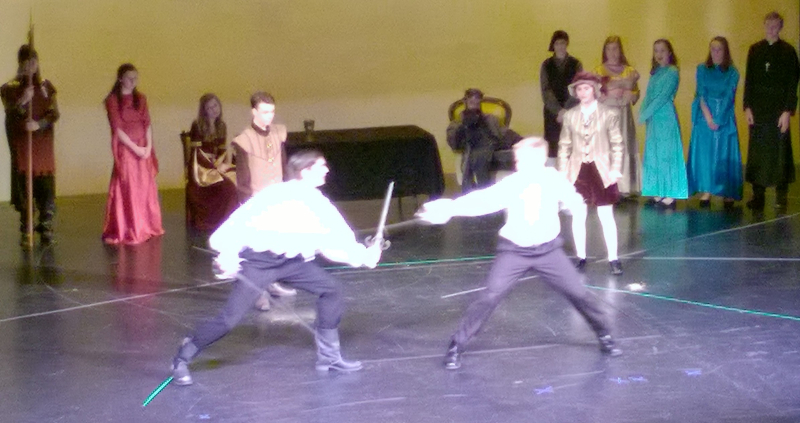 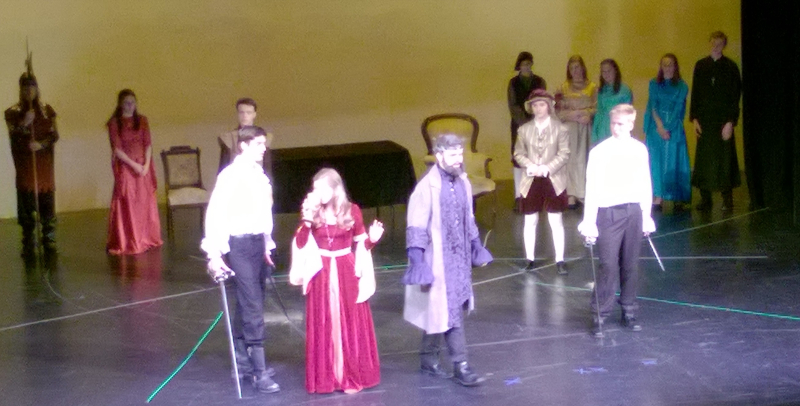 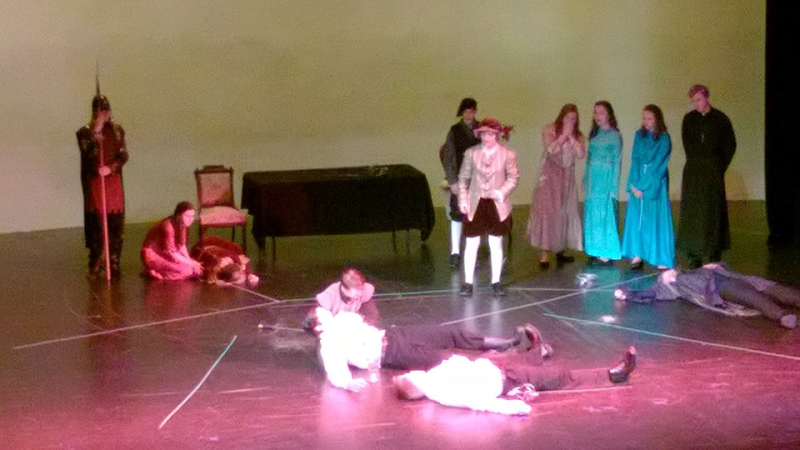 the whole cast did an outstanding job, these are wonderful and talented kids! 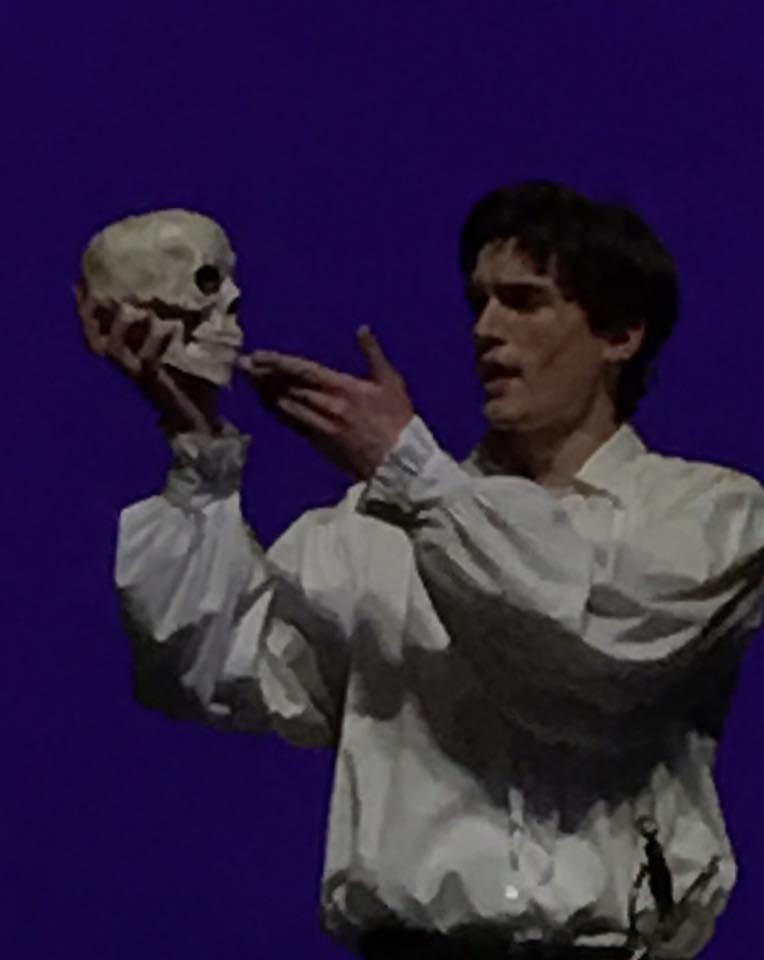