Caliban's Speech in The Tempest 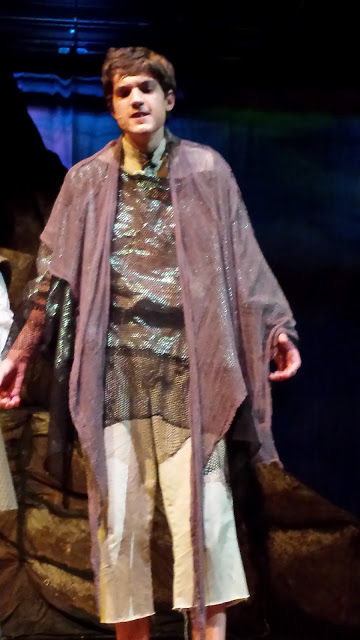 CALIBAN
Be not afeard. The isle is full of noises,
Sounds and sweet airs that give delight and hurt not.
Sometimes a thousand twangling instruments
Will hum about mine ears, and sometime voices
That, if I then had waked after long sleep,
Will make me sleep again; and then, in dreaming,
The clouds methought would open, and show riches
Ready to drop upon me, that when I waked,
I cried to dream again.
The Tempest 3.2.148-156

(taken with a cell phone, audio varies through the clip, good comedy, Caliban's beautiful speech comes at the end)

Be Not Afeared. The Isle is Full of Noises.

The Tempest has been played.  The whole cast worked long and hard, each of the three performances was a triumph.  Monica played Francisco, servant to the shipwrecked nobles, Blaise played a wicked, funny, pathetic Caliban, and Regina played an angel.

Each Shakespeare play is exhausting.  After we have rested we find ourselves discussing, rehashing, and discovering nuances and references in the dialog that we had missed before... then wanting to see/do the whole performance again.  Many favorite lines can be heard repeatedly throughout the house by everyone not just the actors.

Kevin's co-worker and her husband attended the final performance.  I thought 'How nice of them, to come all this way!'  And it was, but it turns out they have a special interest in The Tempest.  It is believed Shakespeare based this play off of the story of The Sea Venture which wrecked near an island in Bermuda.  One of the survivors, Stephen Hopkins, who was nearly hanged for mutiny, may have been included as Stephano in the play.  This man who attended our little play is a descendant of Stephen Hopkins and the couple has attended Shakespeare productions in the Stratfords on both sides of the pond.  They told us our production was as good as any they've seen, and amazing for high schoolers.  They were especially complimentary on the costumes and music.

As with every Shakespeare production they've done, the Saint Edmund Campion Players were outstanding in 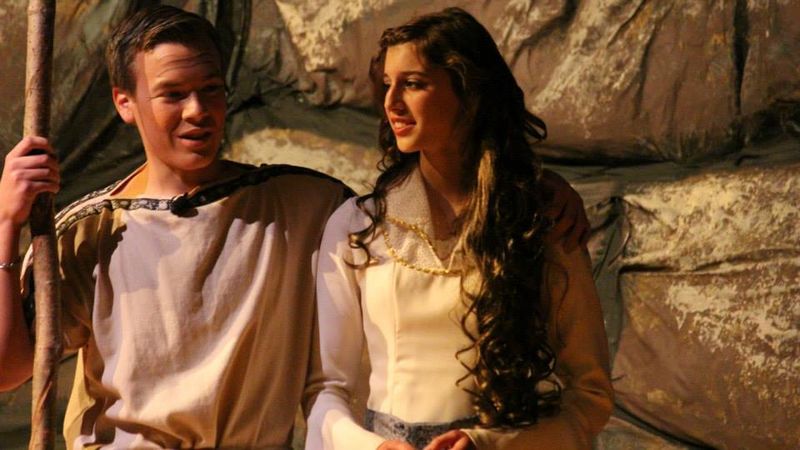 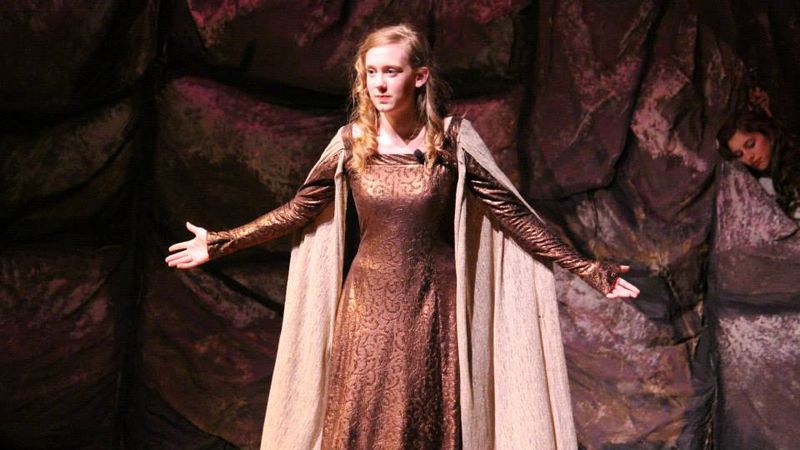 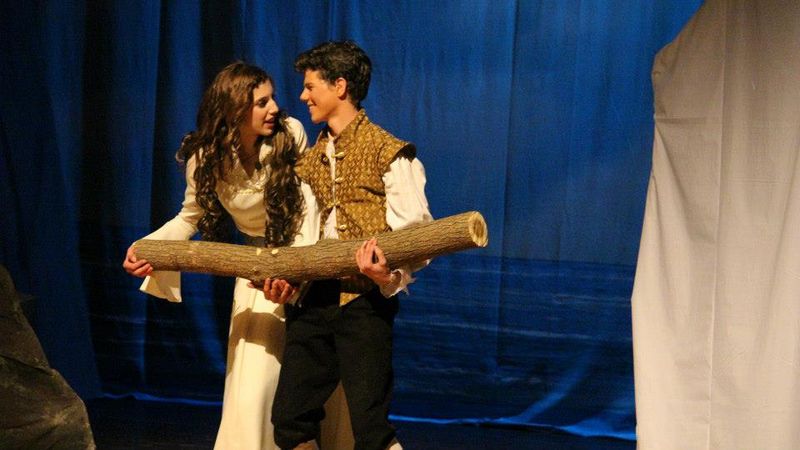 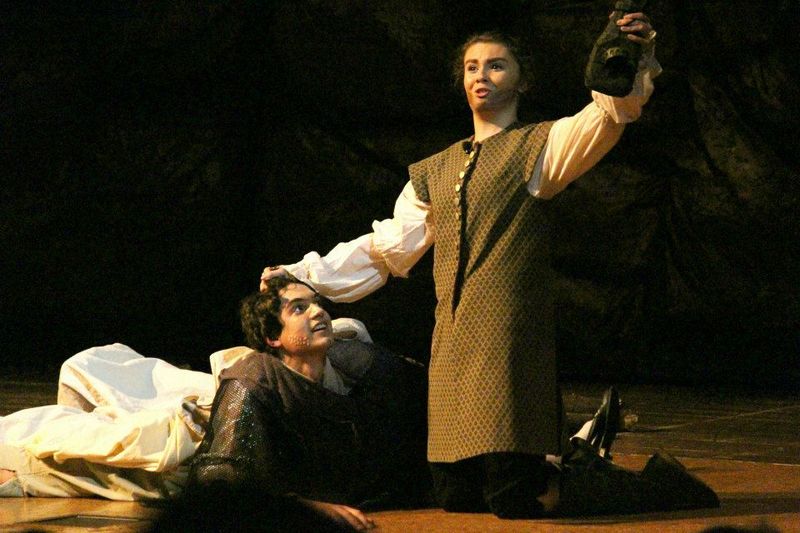 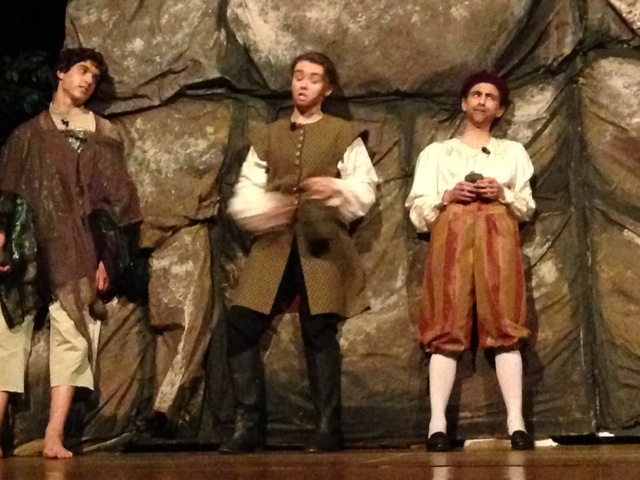 A very drunk and hilarious Caliban, Stephano, and Trinculo.  It was a little disconcerting how well these sweet children played such great drunks!  :) 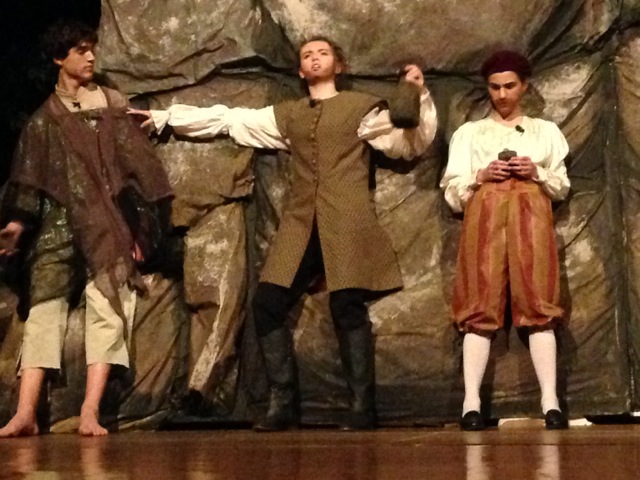 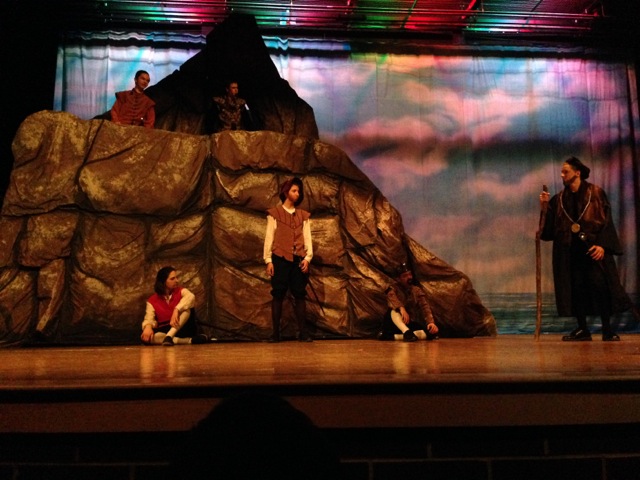 Sebastian and Antonio on the mountain making sport of Good Gonzalo while the servants, Francisco (Monica) and Adrian rest with the usurper King Alonzo 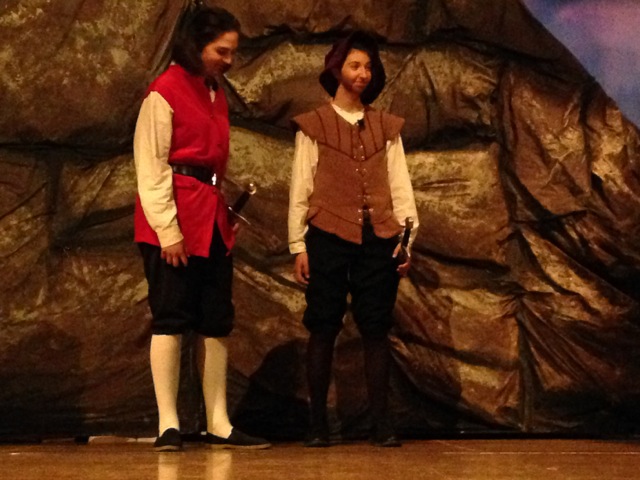 These two did their best to walk, talk, and sit like men, but they still looked like our pretty girls! 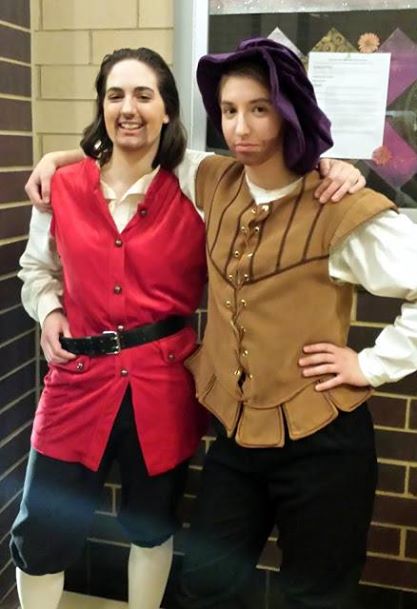 Francisco and Adrian (Monica and Rachel) 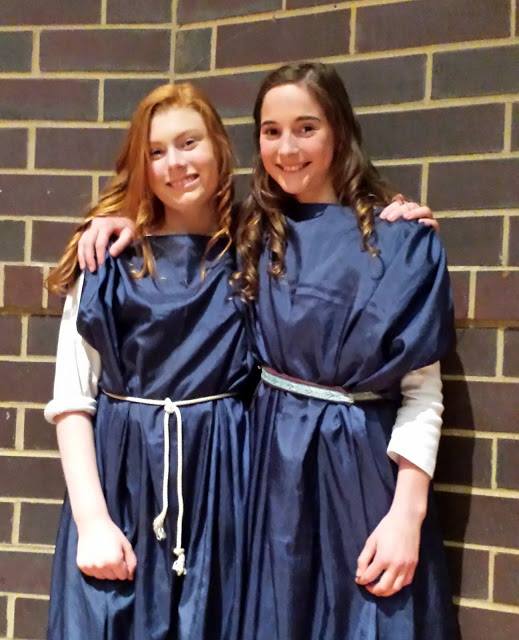 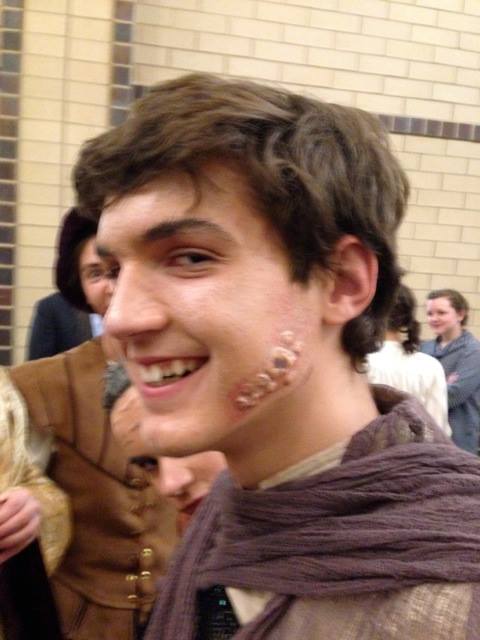 Blaise as a pretty creepy Caliban 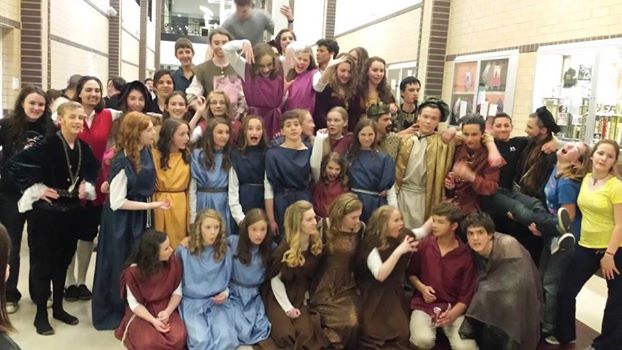 Overheard in the Van

Maria (8): When I grow up I'm going to just have two big girls so I won't have a big house to clean.

Maria: I'll have more if Mom will come clean.