Rapunzel She Is Not

You know how you wake up suddenly because a child is standing near your bed looking at you? Lydia got up early and played beauty salon, then came to show me the results. How is that for a brutal wake up call? We did not take a before picture, but she had pretty much hacked her hair to the scalp in places. I trimmed and trimmed but there wasn't much chance of saving it.  There was also a spot from the fall where she had cut, and the spot the ER nurse shaved when she had staples.  So... I used the clippers and gave her a boycut. Good thing she has a cute pixie face and is quite undisturbed by her close cut. (Unlike her mother who is in near hysterics.)

She actually looks adorable, though she occasionally mentions her head is cold.  :) 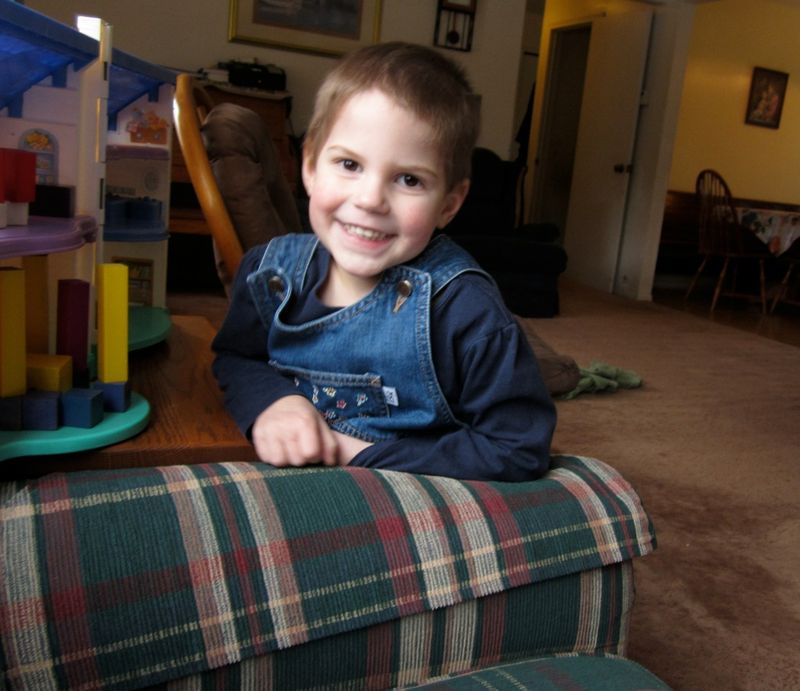 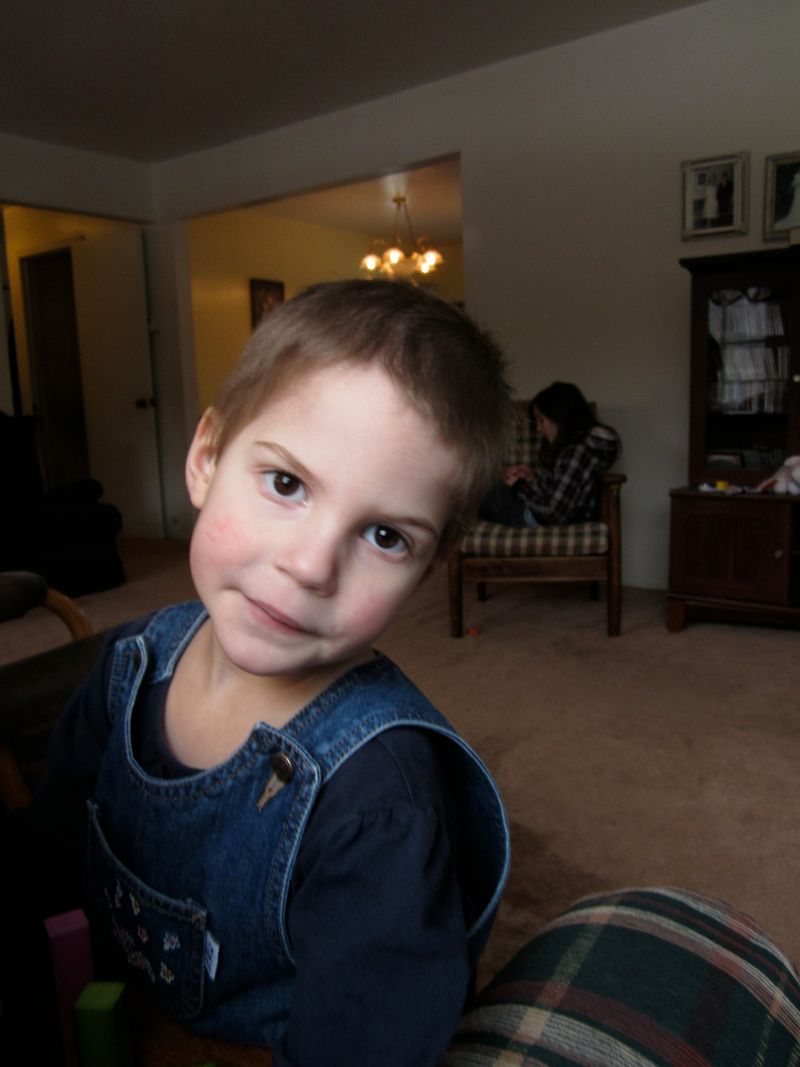 oh my! I feel your pain (and have been there, done that!)

giving thanks that hair grows back!