Our parish youth group chartered a bus to take 36 teens and their chaperons to the March for Life in Washington DC.  They stopped for Mass at the gorgeous St. Paul's Cathedral in Pittsburgh.  They spent time in the Smithsonian, visited the monuments, and a Franciscan Monastery.  They attended the vigil Mass at the Basilica and the youth rally and Mass before the march.

And they marched.  For the babies.  For the sanctity of life.  The media ignores the march.  But Washington cannot, (in spite of the stealth technology employed by pro-lifers.) The official attendance estimate is 500,000. For 39 years this march has been growing and the marchers getting younger.  There are other marches for life around the country.  Our young warriors will never forget this trip and will go on fighting till Roe is overturned and every baby has a chance at life and love.

Kevin J. was there with Christendom College who led the march.  Alex and Monica were there with our youth group.  I have been going through hundreds of wonderful pictures trying to chronicle this experience for them.  I know it strengthened their faith and their resolve.  And they had a very good time.  :) 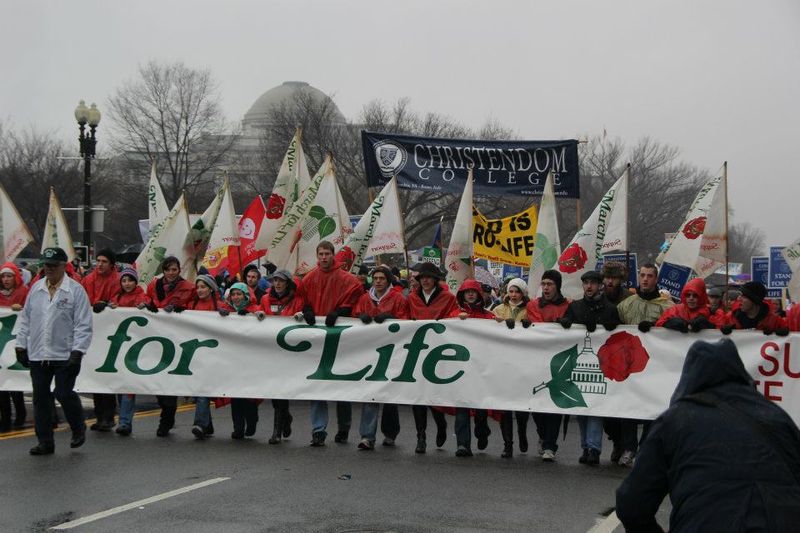 I do not have any pictures of Kevin, he is somewhere in the back of the Christendom crowd.  Being a true Catholic gentleman, he ignored his mother's directive to push and shove his way to the front  to get in the photo for blogging purposes. 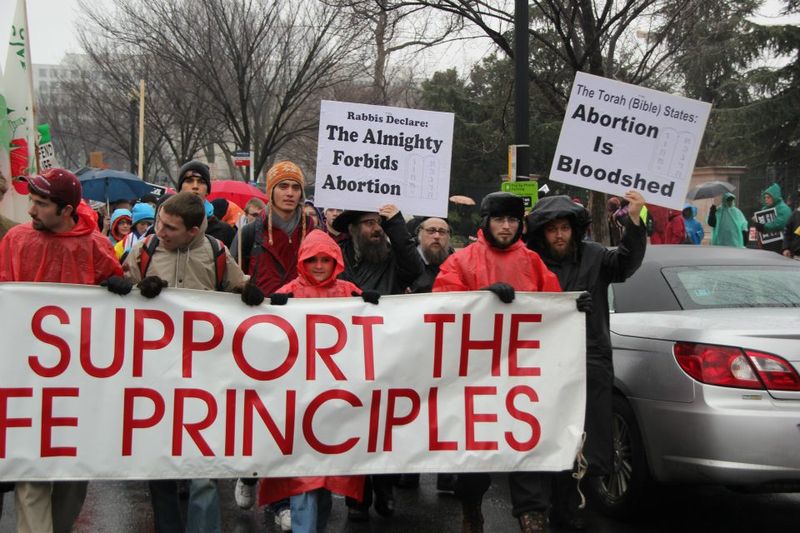 I love this picture of the Hasidic Jewish Rabbis marching with the college kids. 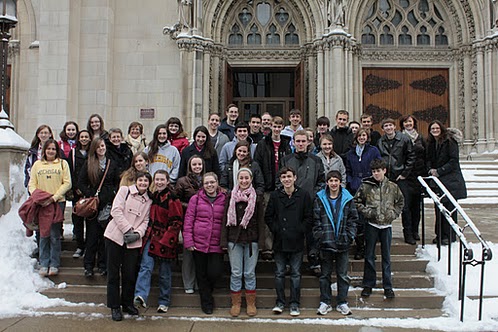 the steps of St. Paul's Cathedral in Pittsburgh 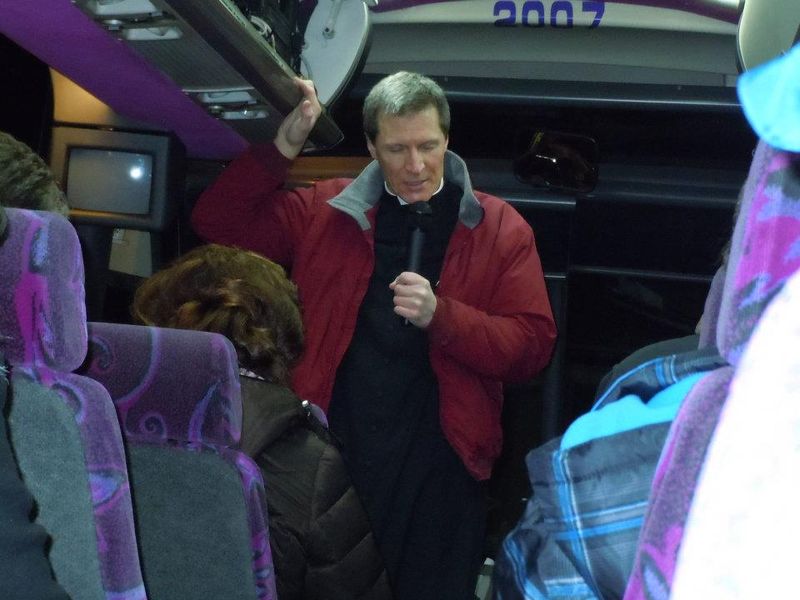 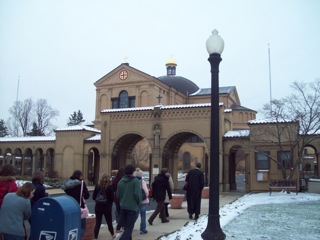 heading into the monastery 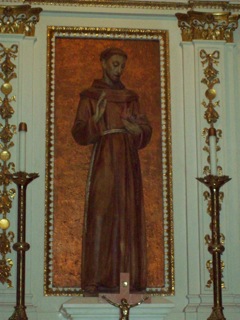 So many beautiful pictures, the monastery should be a post by itself, but here is St. Francis. 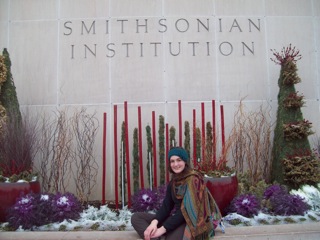 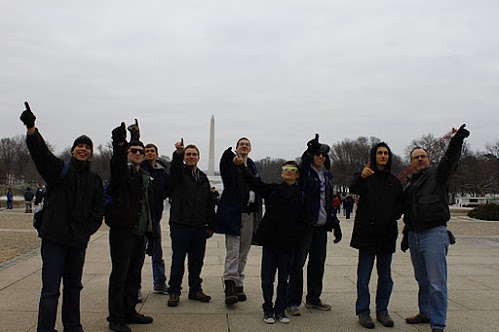 Alex's group at the monuments. 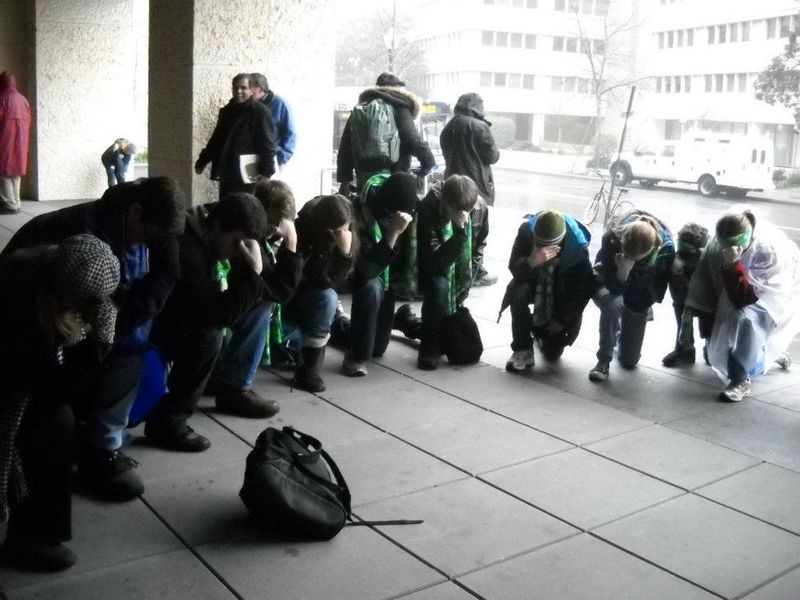 Tebowing.  Alex is second from the left, you can tell by the big boats boots. 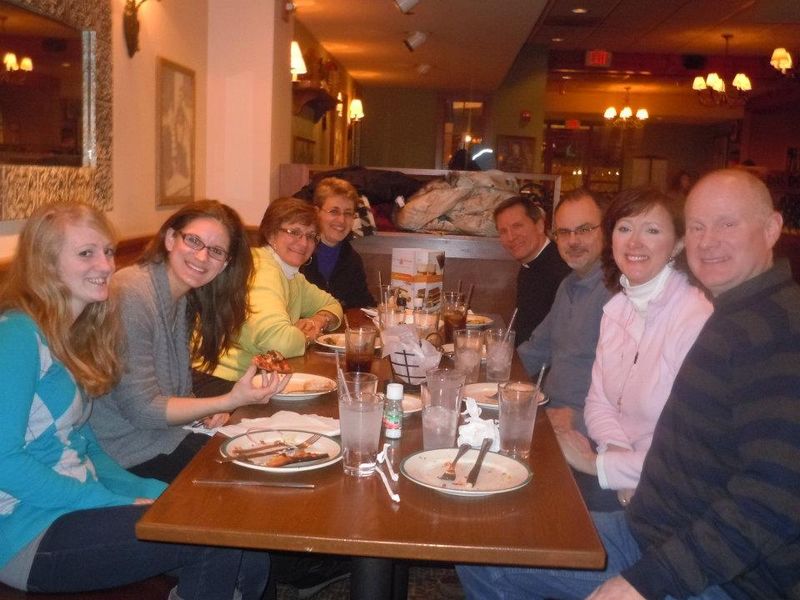 This is why I could let my kids go.  Better chaperons you will not find anywhere.  Even Fr. Gerald... as over protective as any parent!  All the adults spent plenty of time just counting kids. 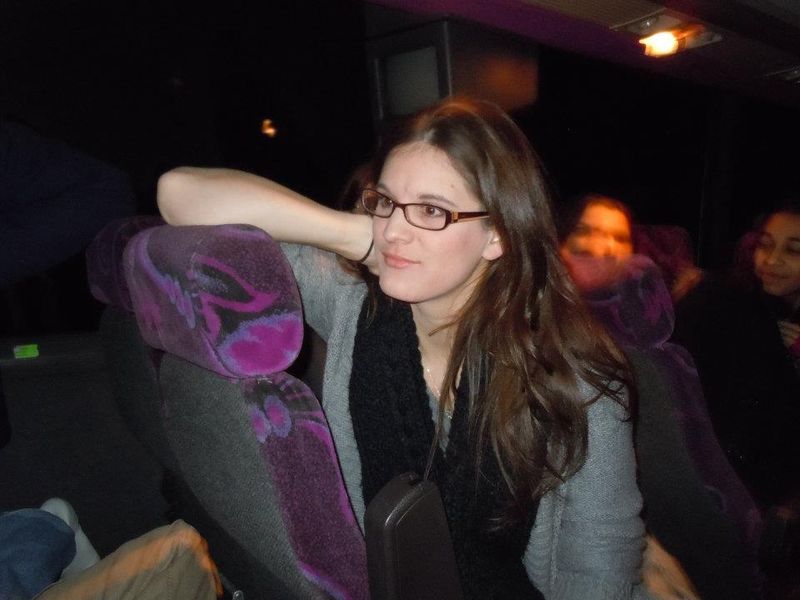 the woman who deserves the credit for a great, safe trip, Miss R. the youth group director 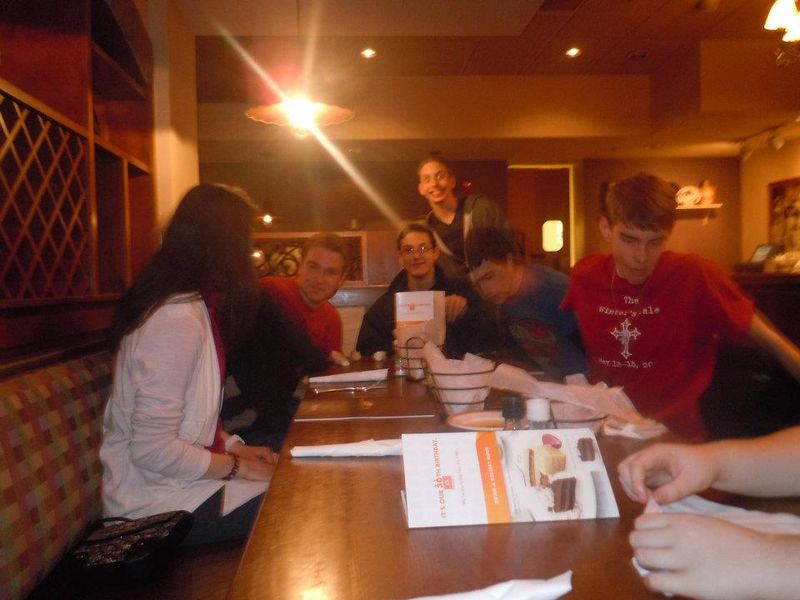 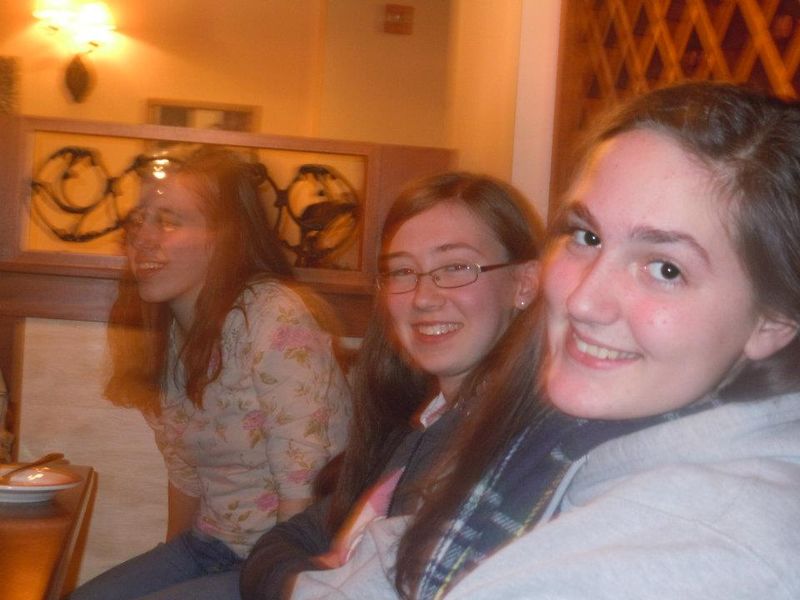 Youth Rally before the March 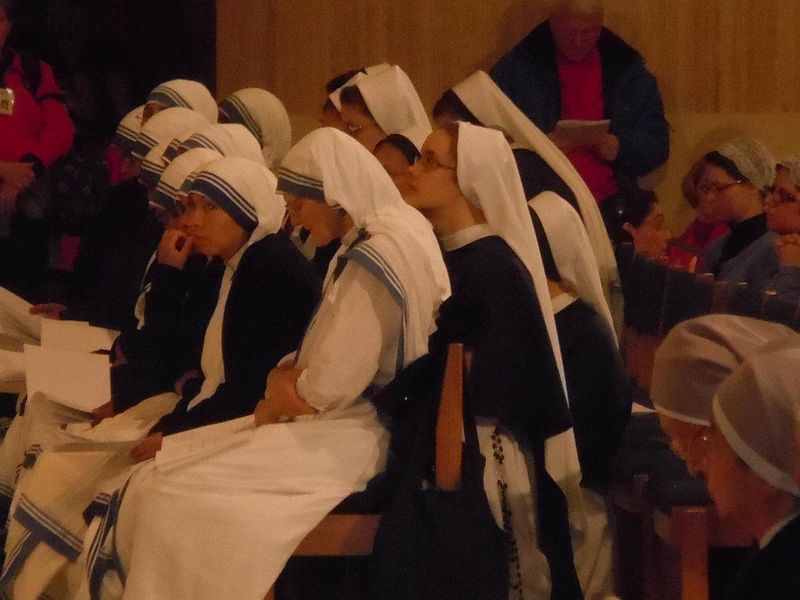 This was taken at one of the Masses, not sure which one but I like the picture.  :) 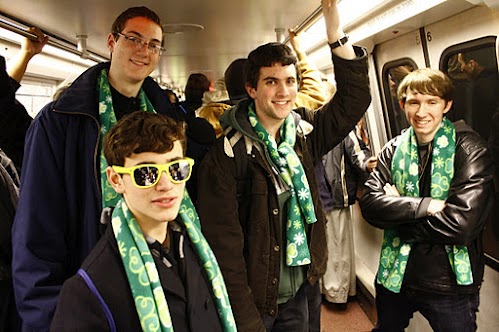 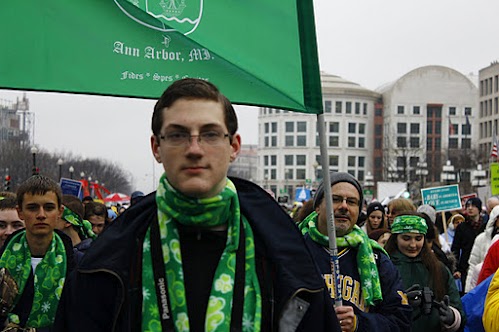 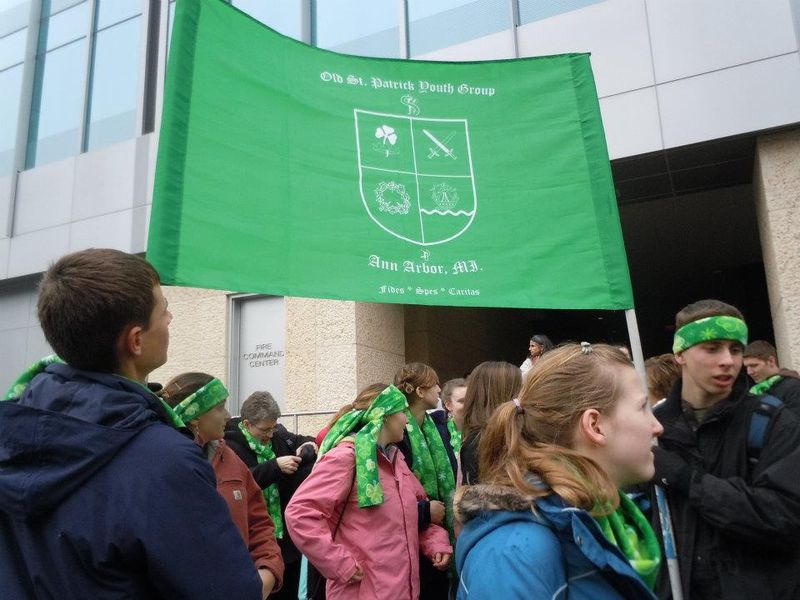 When you are from Old St. Patrick's parish, you wear shamrock scarves of course. 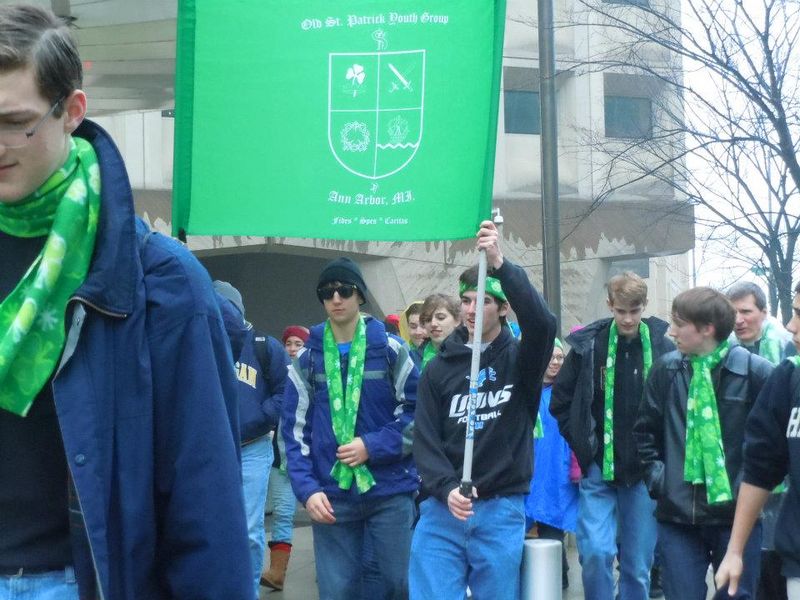 "I've noticed that everyone who is for abortion has already been born."

Pray, fast and fight for the preborn!  Love each other in Christian charity.

Next year the Washington DC March will be Friday January 25, 2013

I gathered photos willy nilly from all over (mostly friends) and could not possibly reconstruct to give proper photo credits, my apologies.

Posted at 08:19 AM in Catholic Faith, Children, Pro-Life | Permalink

Sorry, I was with a friend from the Summer Program, and we fell way behind the main group.

I am so proud of my nephews and my Goddaughter. May they always continue to march on for truth!

Bridget, I just wanted you to know I could pick Alex and Monica out of the group photo even though clicking on it did not make it bigger. And Alex's feet are not big, they are just the right size to hold him up.
Alex- good job, Godson!

Thank you for the amazing pictures. Someday I tell myself I will go to the national March. I could not find an email so I will make my introduction in this comment...

My name is Jenny and I have been blogging at www.aminutecaptured.com for a couple of years. God has recently led me to start to communal website for Catholic Women called Suscipio which is Latin for: to raise up, support or maintain. The website address is www.suscipio4women.com.

I was led to start an encouraging place for Catholic women, not to catch up on the latest Catholic news, although important; no, I wanted this be like an old fashioned coffee clutch, or a sit on the front porch swing visiting as the mood stuck or just enjoying the presence of each other. Here we will read the Scriptures together and discuss books that encourage us in our vocation as a Catholic woman.
I would love for you to stop by.

I would also like you to prayerfully consider contributing a guest post to Suscipio. A post showing the goodness of God in the day to day life of a Catholic women.