Dad and Dominic went to the annual Cub Scout summer camp ... with a wild west theme this year. 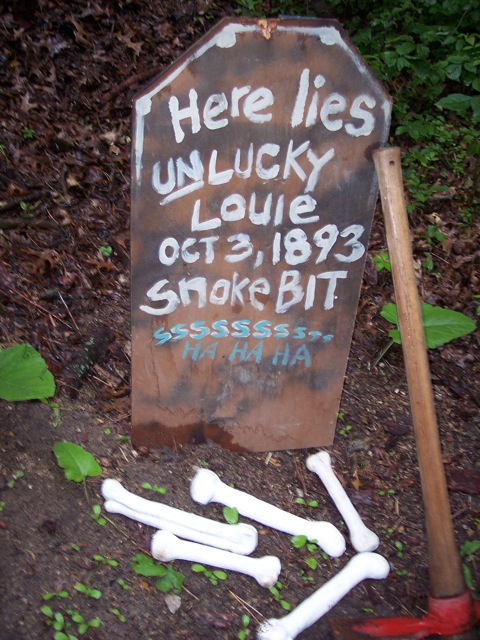 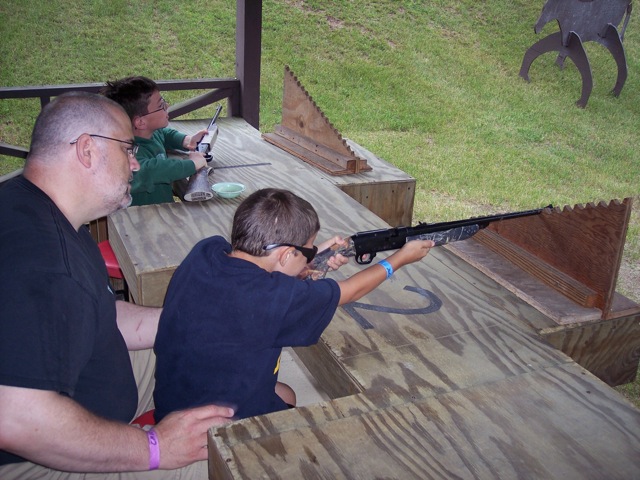 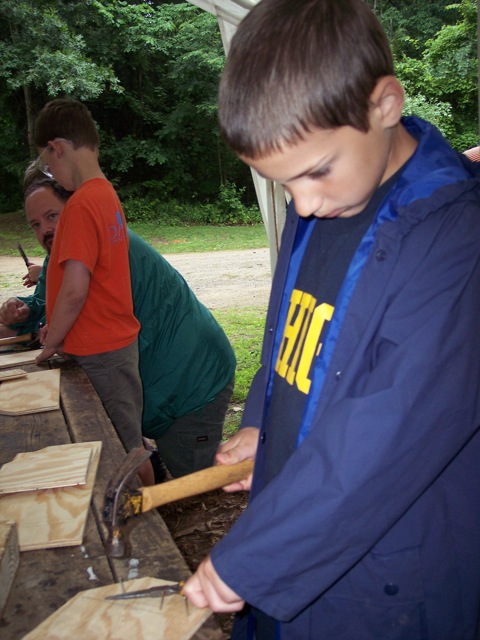 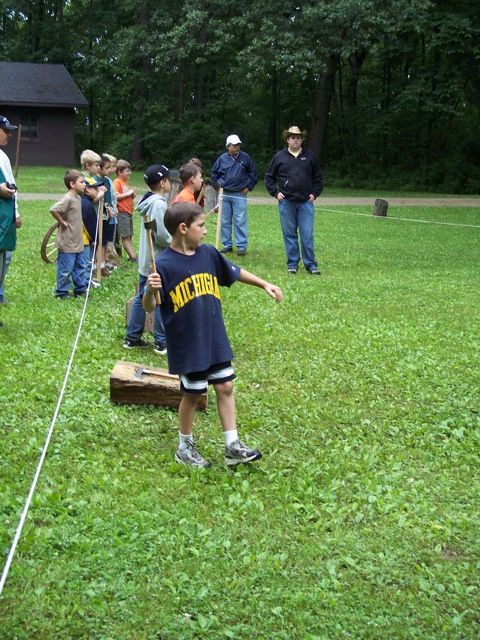 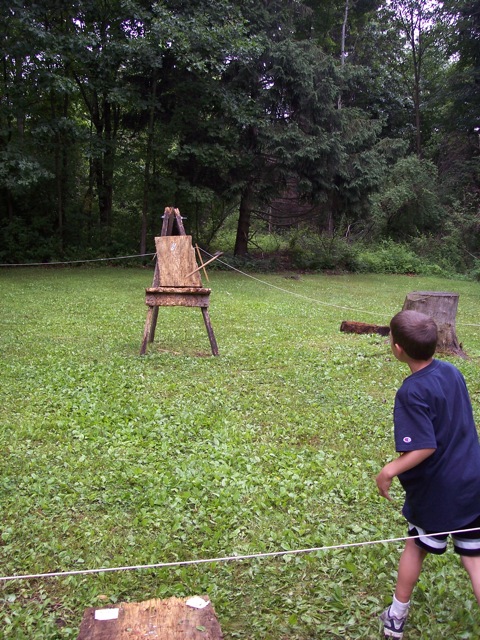 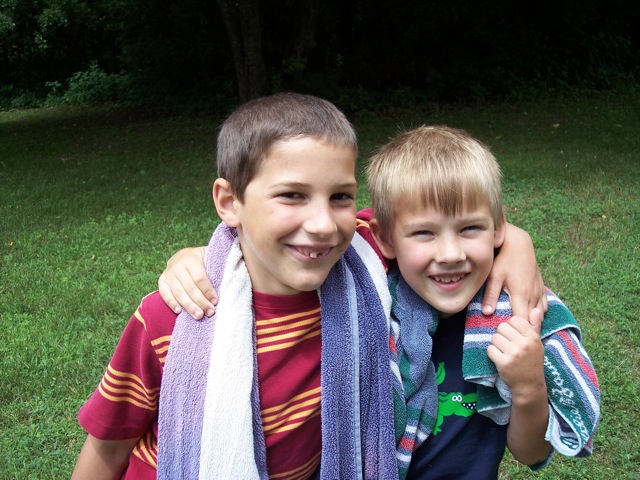 With one of his best buds, Joe.  One of Dom's front teeth came out and the other one is loose and sticks out at an angle.  I'll be glad when this one comes out! 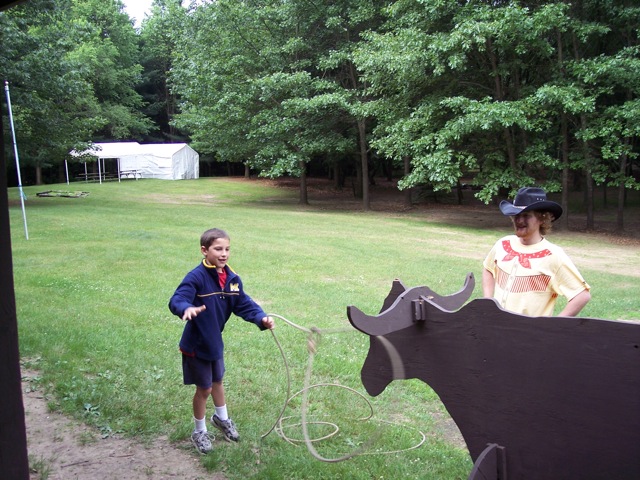 No pictures of the 6 AM penguin swim... brrr.  Dom is tough, the report is that he swam with zeal!

The Weekly Standard published a pointed article by Mitch Pearlstein regarding the relationship between strong families and a strong economy.  What we see in our country now is the reverse.

"The sheer numbers are staggering. In round terms, about 40 percent of all births in the United States are out of wedlock. That figure for the entire population conceals wide variation: Thirty percent of white children, 50 percent of Hispanic children, and 70 percent of African-American children are born to unmarried parents. As for divorce, 40 percent or more of first marriages break up, with the odds increasing to about 50 percent for second and subsequent marriages. How could rates like these not be a major drag on the country?"

What, then, is the conservative remedy for all of this? Free-market principles, of course, are sound and fitting whenever economic hurdles are to be jumped. And a cultural and religious revival would be welcome, if hard to summon up. But what else might reverse the family bleeding? Here is just one idea.

Under normal circumstances, boys grow up and marry the women who become the mothers of their children. If, however, they reach adulthood unable to hold a job, stay sober, or keep out of jail, they quickly find that desirable women have little interest in hitching themselves to them. In communities where marriage is vanishing, it cannot be revived unless millions of boys (and girls) get their lives in decent order. Aimless or felonious men are not the only reason for the decline of marriage, but they are a sizable one.

Many of these young men grew up without their fathers and suffered what some call “father wounds.” Would it not make sense for such boys to attend schools properly described as “paternalistic”? These would be tough-loving places, like the celebrated (but still too few) KIPP Academies, with their Knowledge Is Power Program. Would it not also make sense to allow many more boys and girls to attend religious and other private schools, which have their “biggest impact,” according to Harvard’s Paul Peterson, by keeping minority kids in “an educational environment that sustains them through graduation”?

The full piece is here.

Watching our national security, energy policies and economy tank is confusing and frustrating.  What can we do?  First we pray and follow God's prompting to manage our own lives according to Christian principles, we steadfastly stay in the sacraments where Truth and Goodness are unchanging.

This article shows me where we little homeschooling moms can make a difference outside of our families.  We can encourage fatherless young people  and young couples just starting marriages.  Both emotional and tangible encouragement can go a long way in strengthening people who are struggling.  Right away I can think of a few people in my world who are in a precarious position, so one does not have to go far to be useful.

The world is a tough place and getting tougher, extra effort to help someone create a strong family may make a difference, even if it's only in the lives of a few people.

"The length of a minute depends upon which side of the bathroom door you are on."

Found this picture from a few months ago...not too over-dramatic.... according to Dominic (7): Someone who cuts up pigs and cows.

according to Fr. Gerald ( a bachelor) : Someone who cooks food you eat with ketchup.

As reported to me at the dinner table.

The Blog for Lydia

Lydia loves babies and viewing baby pictures is almost as good as seeing the real thing.  Over at Trinity Acres they have a lovely new baby (who could not be mistaken for anyone else's baby, clearly she is one of them!)  Naturally, there are lots of good baby pictures posted and Lydia is in baby heaven.