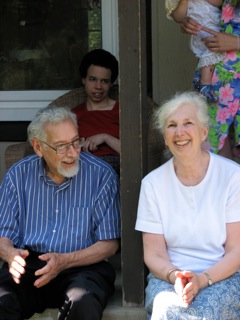 My father turned 80 on Saturday.  We celebrated at our house and it was so special.  Nine of his ten children were there to help celebrate, also fourteen grandchildren, two great grandchildren and a few close extended family he calls his own.

We recorded an interview with Dad asking him questions about his childhood and his views on the world as it has changed in his life time.  He remembers the day of the attack at Pearl Harbor and still chokes up to speak of it.  He recalled his days growing up in a small town where children safely played all over town during summer vacation.  He recalled his affectionate hard working father and his mother's good cooking.

He converted to the Catholic faith as an adult and the good man was preparing for life as a religious hermit when he met my mother.  They married and had or adopted 10 children.  I bet raising ten children was a tougher path to holiness than a hermitage would have been.

Dad read an address to us, his children, about his love for our mother, his love for us, our spouses, the grands and the great grandchildren. He also told us about his faith and how strongly he values it and his love for our Lord. I have rarely seen my father choked with emotion but he was several times reading his thoughts to us.

What an honor to be his daughter and celebrate this milestone with him.  All his walking and hard work have resulted in better health at 80 than many men 20 years younger.  I pray we will celebrate many more special times with my dad. 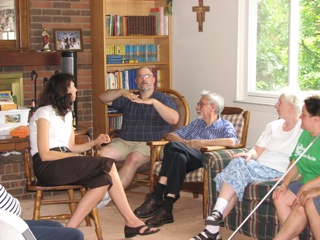 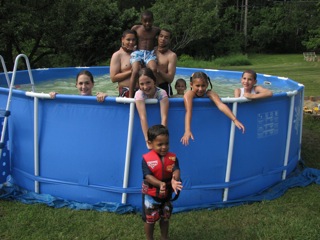 the children swam most of the day 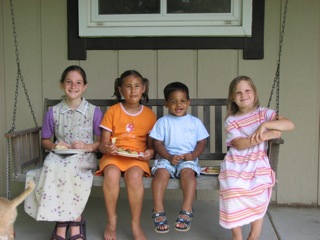 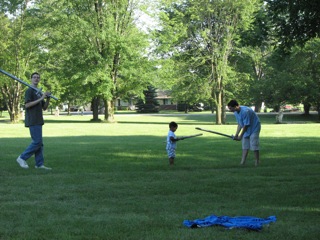 or practiced their sword play 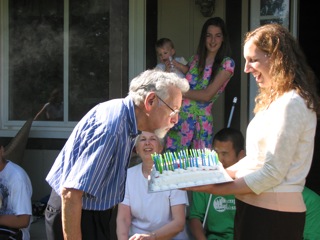 yes, we fit 80 candles on the cake 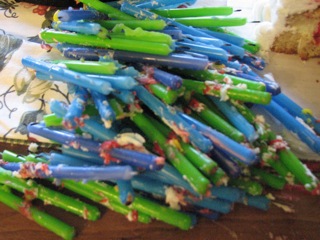 candles after the cake cutting 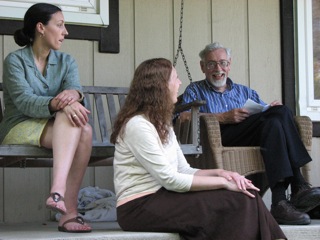 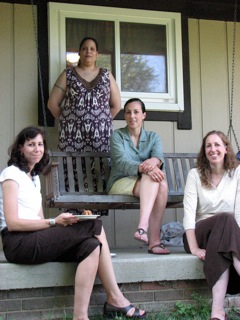 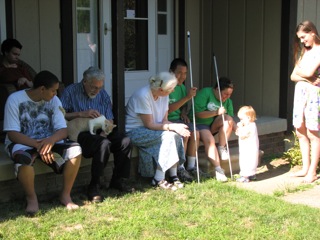 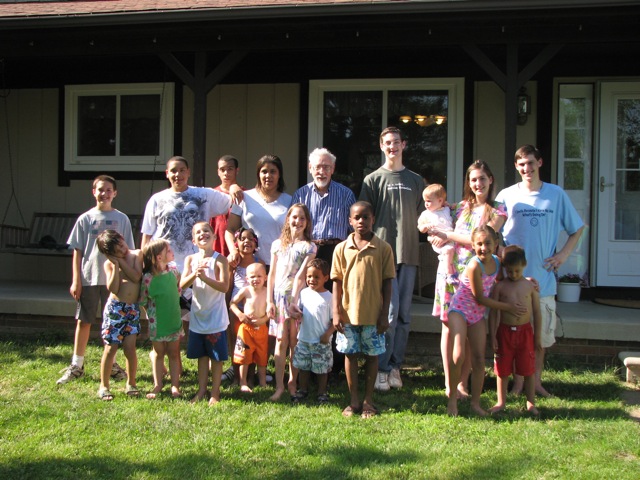 most, but not, all of the grands and great grands 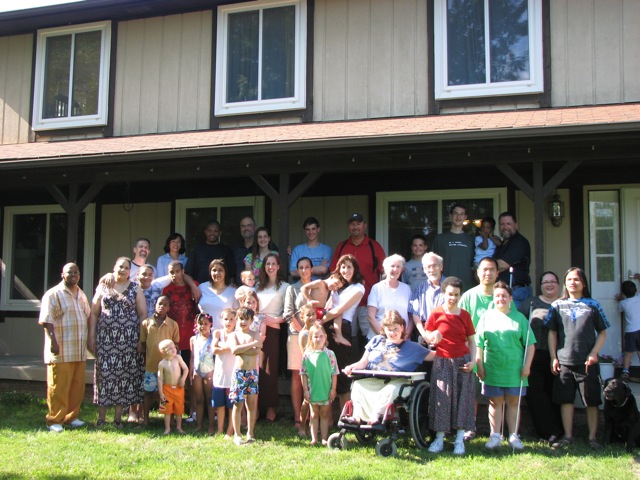 The steadfastness and faithfulness of one man, results in many who love him.

This is a lovely post, Bridget! Happy Birthday to your dad. Our neighbor just turned 99. :)

Happy Birthday to your Dad! How very, very blessed you all are! I noticed how much your big guys look just like him, and I'm sure they will grow up to be wonderful, holy men like him too.

Bridget, your family is simply amazing. What a beautiful post. Happy birthday to your Dad!

I like the picture of the whole group!!! Especially how the one little guy must have had enough of the picture taking and he is heading back inside. lol
Happy Birthday to Your Dad!!!
God Bless

Yep, thats my nephew. I chose that picture to post because its the only one he is (sort of) in. :)