The last few weeks we have been thick in the midst of intense drama camp and rehearsals for a production of Shakespeare's As You Like It.  Kevin played the evil brother Oliver.  Alex played the evil Duke Frederick, and Monica was an extra as a Forester of Arden.  Fortunately the evil characters reform and convert in the end.   Both boys did a great job with their lines and made good bad guys with their height and deep imposing voices.  Monica made a most lovely impoverished gentlewoman.

Drama camp was an incredible experience.  We had a professional stunt director come in to teach all the drama campers stage stunts and he choreographed the wrestling and sword fights for the play.  Then we were privileged to have the drama director from Franciscan University spend a few days coaching the campers in their acting.

They did three performances, each one was magnificently acted and well attended.  Our brilliant director, Dr. Henry Russell, wrote about the Catholic understanding of As You like It for the program (which Kevin Sr. beautifully laid out and designed) so that the audience might better understand Shakespeare's intent.

A Catholic Understanding of Shakespeare’s Play.

This production interprets the Forest of Arden as the Catholic world of Shakespeare’s ancestors and relatives (one of whom was executed for a plot to overthrow Queen Elizabeth and restore Catholicism to its central place in English life).  Lady Claire Asquith’s great volume, Shadowplay, adds that this is also the Ardennes, a French area used as a place of exile by many noble Catholics who fled their home to preserve their faith and lives.  The frame stories of the banished nobles and their usurping brothers are code for Tudor displacement of Catholic nobles by Anglican and Protestantizing accomplices willing to take their lands in reward for abandoning their faith.

The central love story of Orlando and Rosalind is a literally delightful love story, as well as an allegory of the Church’s role in instructing her defenders about what can be expected from divine versus human love.  Aliena/Celia is an image of virtuous Anglicans who understand their close relation to the True Church and are trapped in a false position of opposition by those who fathered the substitute political church.

Aliena joins with Rosalind, and both brothers move from evil to salvation and even to the religious life,.  These restorations reflect Shakespeare’s early optimism about the ability of Catholicism to restore justice in an England torn from her roots and to reconcile with an Anglican Church which had not yet become too different to reunite in Christian harmony.

There will be more pictures to follow as we get more in from various cameras.  The whole cast was so very good and worked so very hard!  Bravo!  Well done. 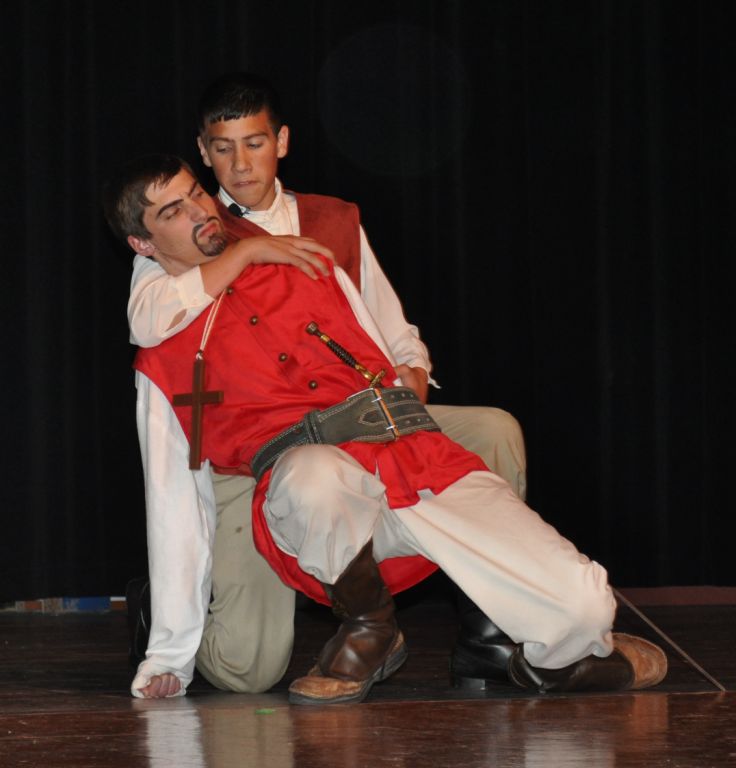 the brothers Oliver and Orlando tussling it out 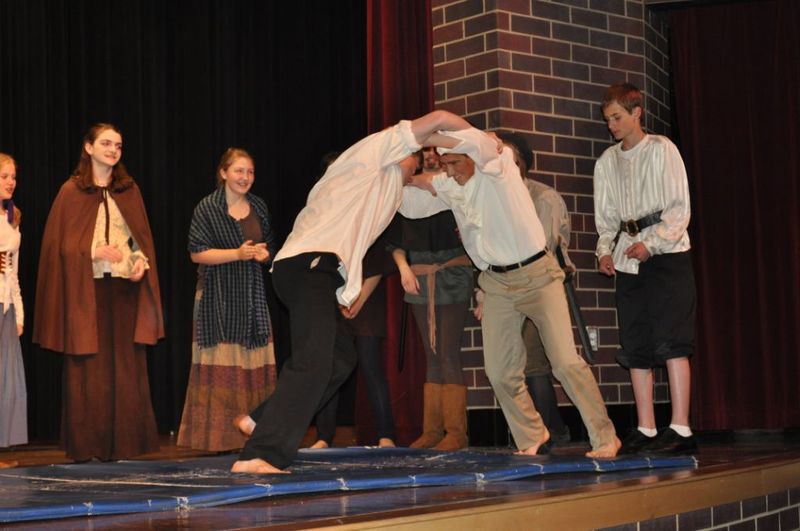 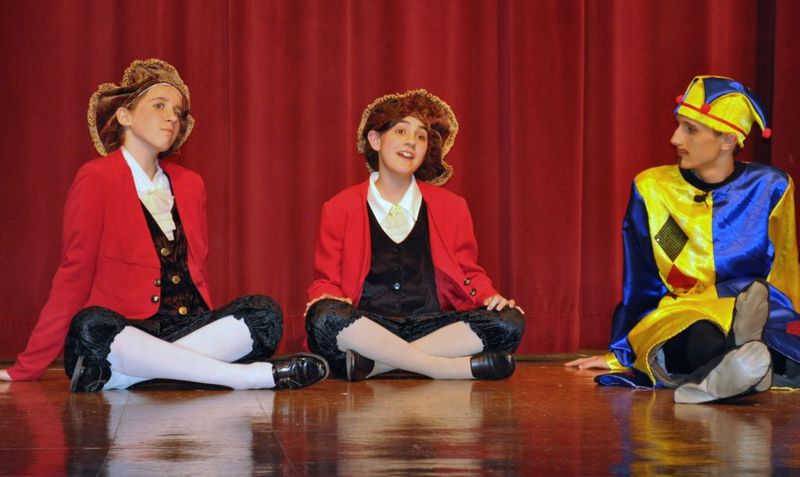 the pages and Touchstone 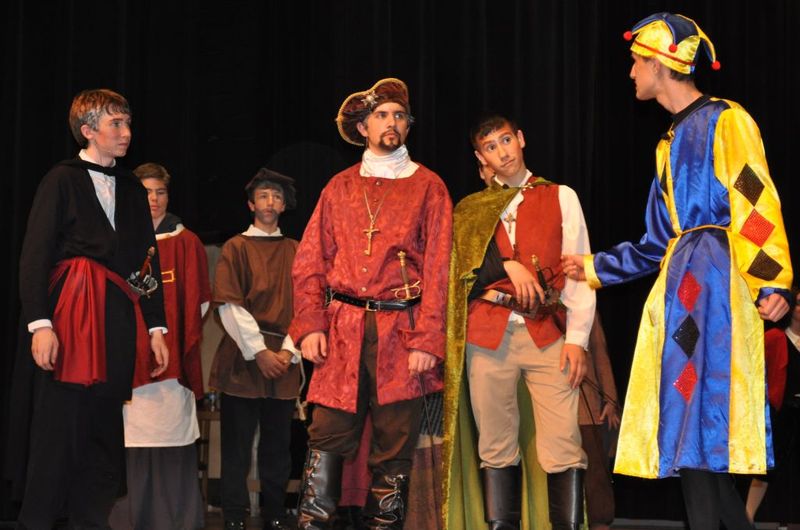 Touchstone's discourse on the seven degrees 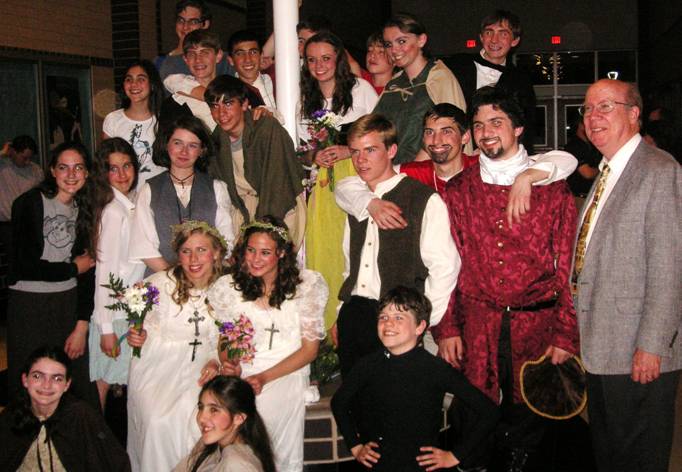 the cast with their beloved director after the final performance

Posted at 11:46 AM in Drama/the Arts, Home Education | Permalink