An interesting bit of trivia is that the first American Thanksgiving was actually celebrated on September 8, 1565 in St. Augustine, Florida. The Native Americans and Spanish settlers held a feast and the Holy Mass was offered.

A second similar "Thanksgiving" celebration occurred on American soil on April 30, 1598 in Texas when Don Juan de Oñate declared a day of Thanksgiving to be commemorated by the Holy Sacrifice of the Mass.

The rest is here at Credo. 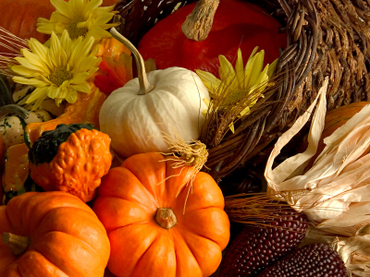 Posted at 08:06 AM in Catholic Faith | Permalink