We Lost Our Baby

The ultrasound showed a nice size body but no heartbeat.  The baby must have died in the last couple of days.We are peaceful and able to pray 'Thy will be done'.  But we could use some prayers to get through it.

In medieval times it was a tradition to hold a mock battle between forces representing good and evil on All Hallows Eve.  At first the evil side would prevail, then at midnight, when it became All Saints Day, the tide would turn for the good forces.

This tradition continues, during the day, at the children's tutorial program.  Their headmaster leads the forces of evil, poor guy has to bribe the kids to be on his side since everyone wants to be on the good side.

Kevin J. led the forces of good.  He was dressed to be Charles Martel.  Alex was a Teutonic knight and Monica was Hildegard of Bingen, the abbess and musician. 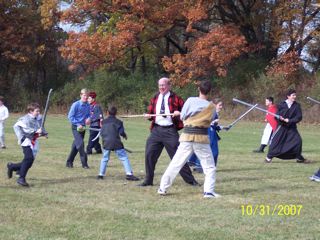 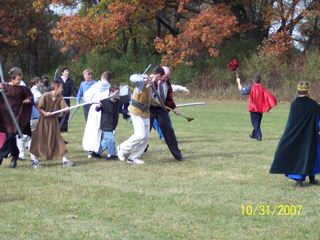 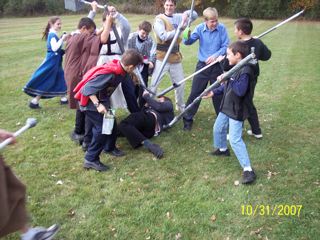 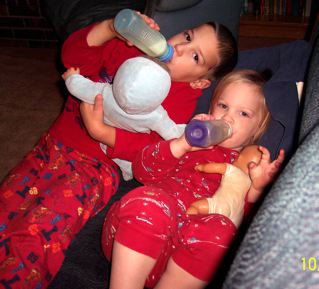 (Yes, Dominic is too old for bottles.  The big cutoff date is looming.  His forth birthday is coming up in a couple of weeks.)

Soccer season is over.  Kevin played hard on defense and midfield this season.  Being the awesome soccer mom that I am, I'm not even sure what their wins/losses were.  I do know they won most of their games.  (I'm just happy to have our family meal times back.)  We are proud of how hard he played.  Go Cougars! 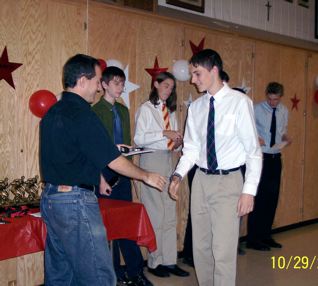 A scarecrow and stuffed monster in a tree. 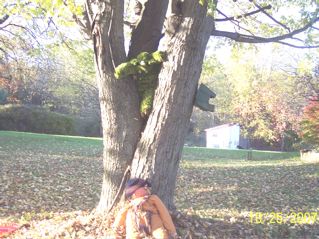 I could barely get up off the couch or out of my pajamas all weekend.  Even the smell of toast overwhelmed me.  Which is unfortunate since that is the default menu when mom isn't shopping or cooking.  The kids must have eaten several pounds of toasted bread.

Feeling sick is still no guarantee of a healthy pregnancy with a healthy baby at the end, though it's a good indicator.  It means that right now, this day, I have a baby.   I am so grateful for that.  Life is so fragile and precious.  I am grateful to feel sick.

in your household when your son can't find one of his shin guards.  Then about 10 minutes later you look out the front window to see the puppy galloping happily across the front yard, unmanned leash trailing behind him, and the lost shin guard in his mouth.

Because Every Good Cat Owner

takes their kitties for a daily walk in the stroller.  Don't Jellybean and D.C. look impressed? 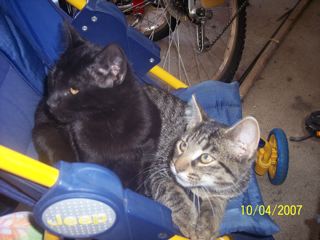 Mix dry ingredients well, except for the oats, and set aside.
Mix wet ingredients.
Blend both, then add the oatmeal. Dominic and the boy baby doll wait at the oven. 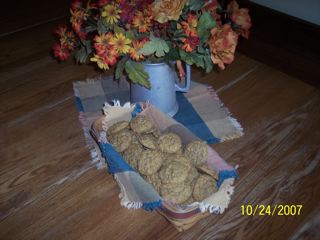 We just finished cleaning out all the closets, otherwise known as the seasonal clothing switch.  Four bags of garbage (you would not believe how hard it is to convince some kids that baggies full of old tin foil are garbage) and five bags of clothes to the Salvation Army.  Oh happy day!